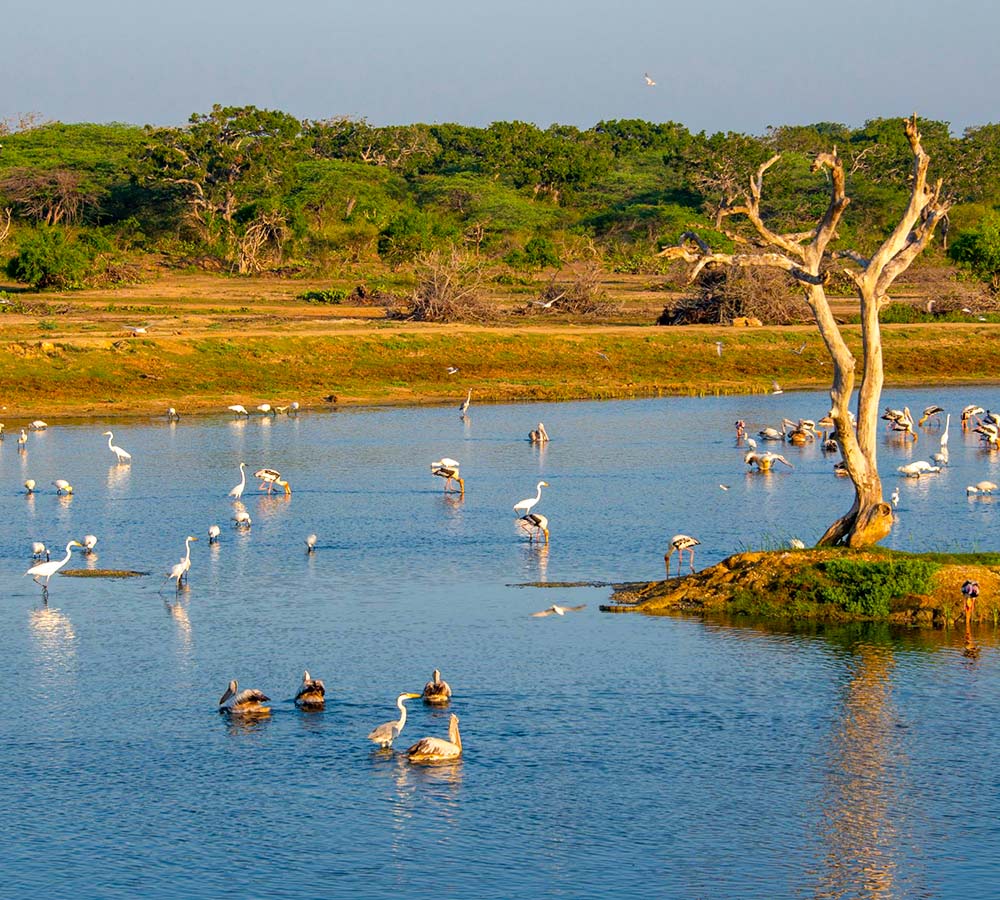 Bundala National Park is a treasure trove for bird enthusiasts. The national park is located in proximity to the city of Hambantota in the south of Sri Lanka. Whether you’re travelling from Galle, Mirissa or along the south coast, a day trip to the uncrowded terrains of Bundala National Park is a must-do activity for anyone. Famed for its myriad of exotic winged creatures, embark on a morning safari through the national park for the best chance to view these feathered friends! As the park can be visited year-round, there’s always a great chance of spotting a variety of birds, both endemic and migratory to the island. Adventurists on an exciting safari through Bundala National Park can also spot numerous other animal species like crocodiles, deer, elephants, monkeys, wild buffalos, civet cats and more.

Bundala National Park was designated as a wildlife sanctuary in 1969 and later to a national park status in 1993 to protect its inhabitants. In 2005, the park was marked as a biosphere reserve by UNESCO, the fourth of its kind on the island. Heavy conservation is underway to protect the variety of fauna and flora that thrives here.